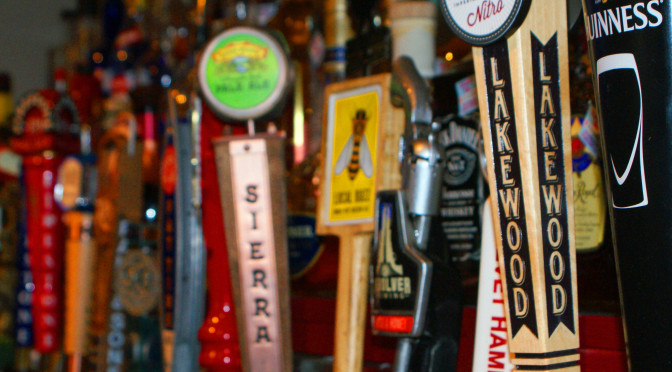 Think you can bartend? Interested in raising money for charity? Well … you can raise money for a charity of YOUR choosing by simply having drinks with friends. Yup, you have the chance to drink for a good cause … Habitat for Humanity, Wounded Warrior and Scottish Rite are just a few of the organizations who have already benefitted.

The guys who were now serving up burgers, fries and one hell of a margarita, long before many others in Dallas, Pat and Mike Snuffer (yes, of Snuffer’s*), opened a burger joint with their cousin, Steve Cole, in North Dallas in November 2014. Now, if you have ever met these guys, then you already know how genuinely nice and caring they are, so it shouldn’t come as any surprise that they have a way to give back to the community that also helps spread the word about their new place, Pat’s and Mike’s. (Hold tight … I’ll have a full review on the new eatery for you shortly.)

So here is how it works…

Every Tuesday night from 4 pm to 7 pm, Pat’s and Mike’s welcomes a “Guest Bartender(s)” to mix it up and support a charity of their choosing. Many people choose to raise money regularly for a charity of their choosing, and websites such as Chipotle Fundraising and many more offer assistance in raising money by using online payments and fresh ideas in order to maximise donations. Pat and Mike use a similar method in setting up regular events in order to maximise donations. For obvious legal and liability reasons (not to mention cost), “Guest Bartenders” won’t be pulling a Tom Cruise in “Cocktail” and mix up drinks and serving up shots. “Guest Bartenders” will help pour some beers and assist in the bar area in other ways – meaning no special experience behind a bar or in a restaurant required.

You raise money by inviting friends, family, coworkers … heck, anyone you know to come have a drink while you “bartend”. Hopefully, your stellar service will encourage tips from your group and 100% of the tips “Guest Bartenders” earn go directly to the charity they selected. Seriously, take a look at what a few “Guest Bartenders” have easily raised for their charities over 3 hours on a Tuesday.

Whether you are looking for a new way to help raise funds for an charitable organization or just want your drinking to benefit one, check out Pat’s & Mike’s “Guest Bartenders” on Tuesdays. Give them a call to book your Tuesday and have some fun!

*The original Snuffer’s is no longer owned by them … just FYI!