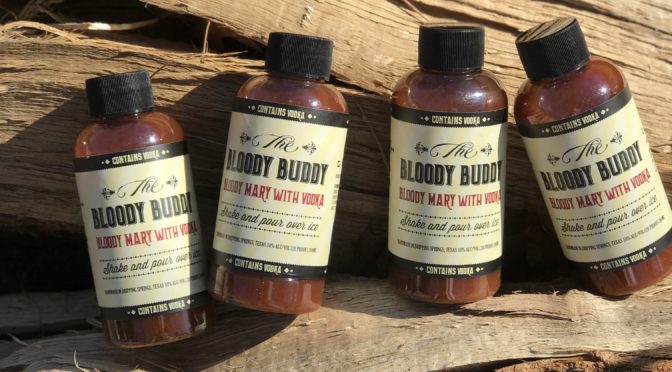 Do you love Bloody Marys but hate the hassle of having to find the perfect mix to alcohol ratio? Fear no more, because The Bloody Buddy has arrived. 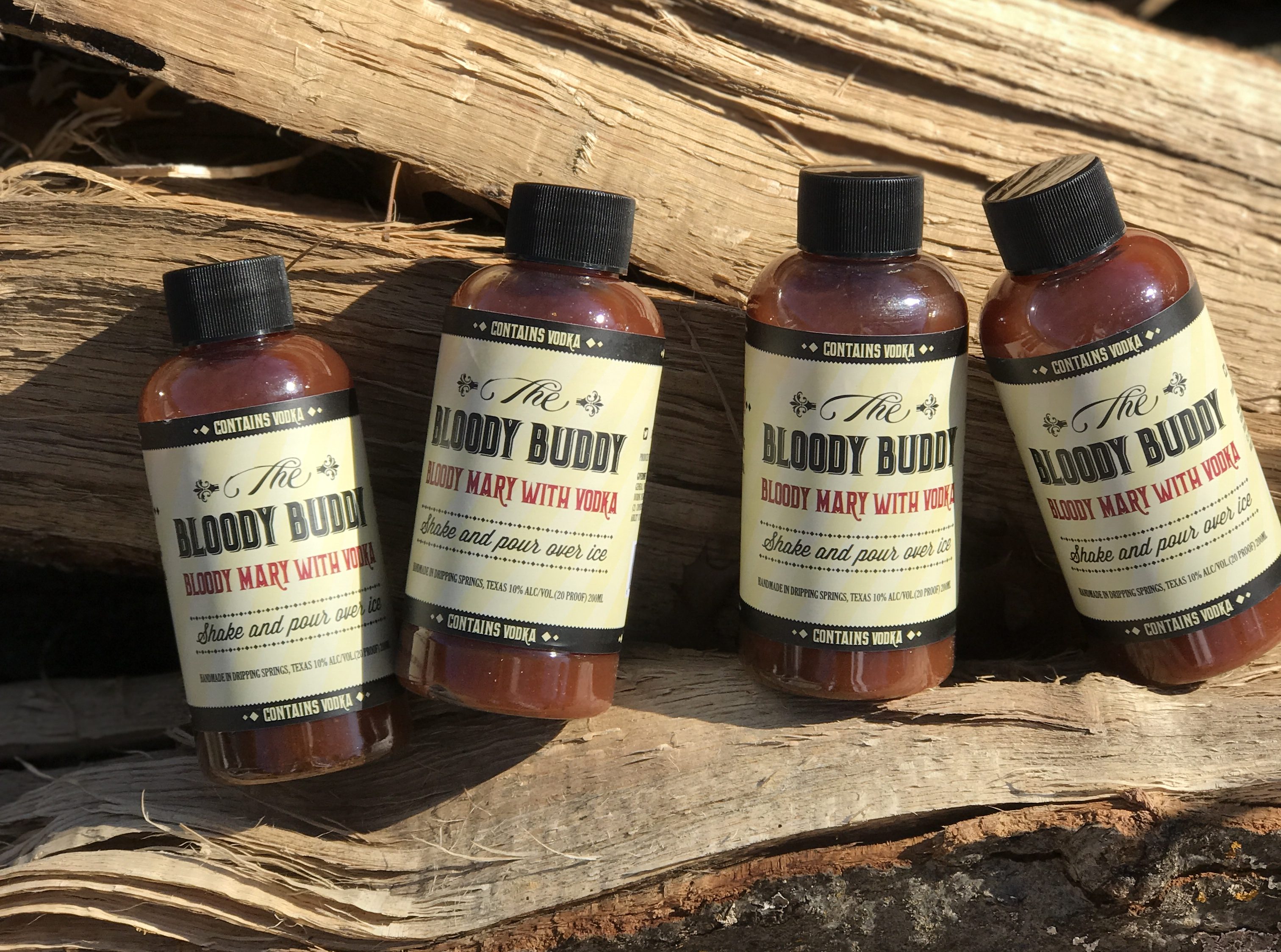 Not only does this mix taste good, it does actual good, too. There are no artificial flavors, additives, or preservatives, and they use recycled plastic bottles which make TBB perfect for golf courses, lakes, beaches, hikes, pools, hotel mini-bars, the symphony … ya know … anywhere. And at 10% ABV, there’s just enough booze to hit the spot. 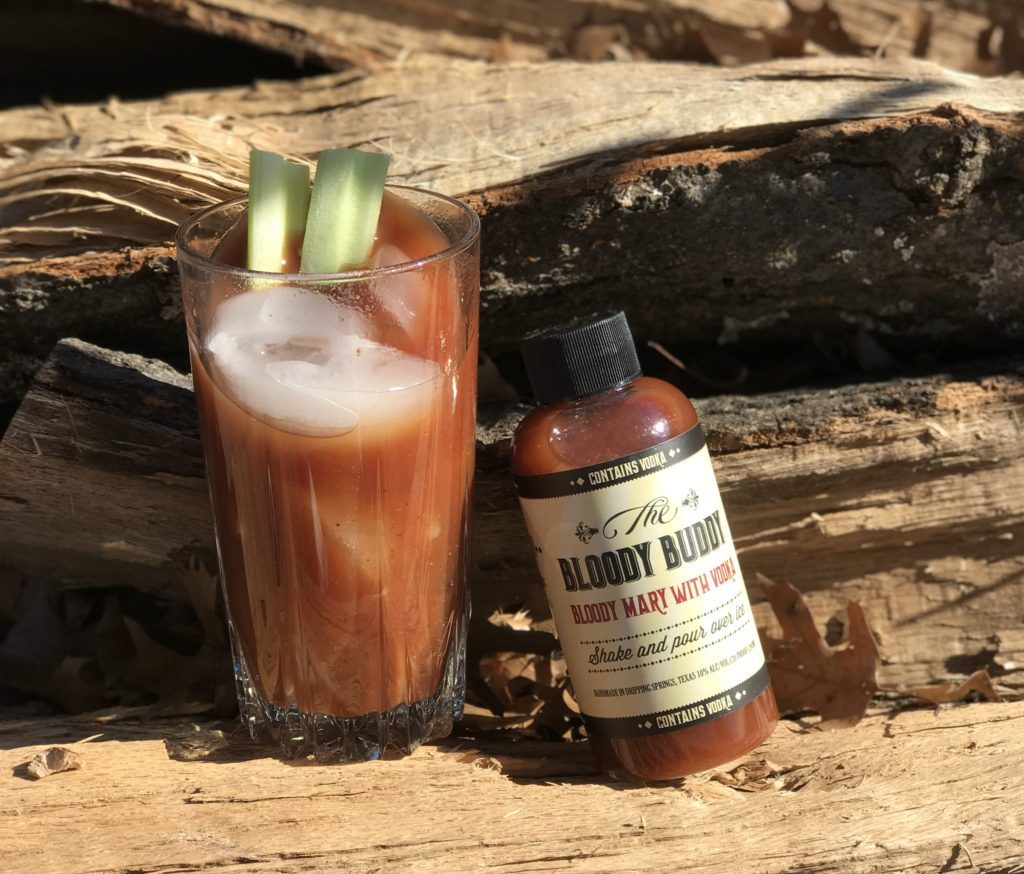 The Bloody Buddy is the easiest and tastiest way to get your Bloody Mary fix in a flash. Just open, poor over ice, and serve.

TBB is available at most Spec’s locations. 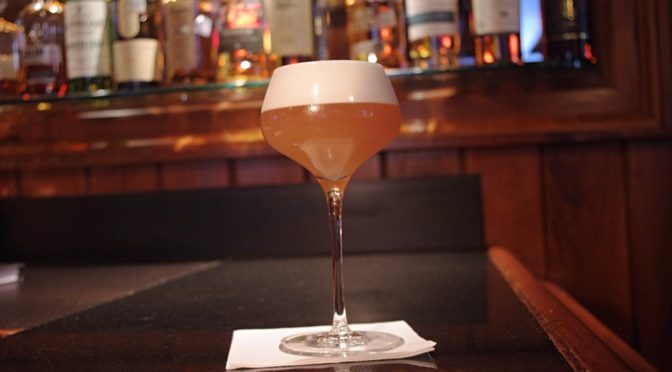 The (arguably) cooler weather means bars and restaurants are bringing out their fall and winter offerings.  Pappas Bros, one of Dallas’s classic steakhouses, rolled out four fall-inspired options that are real stunners.

This delightful fizz doubles down on the fluff with an egg white and champagne, giving it a generous head that makes the whole drink rich.  The strawberry infusion offsets the herbaceousness of the Becherovka. 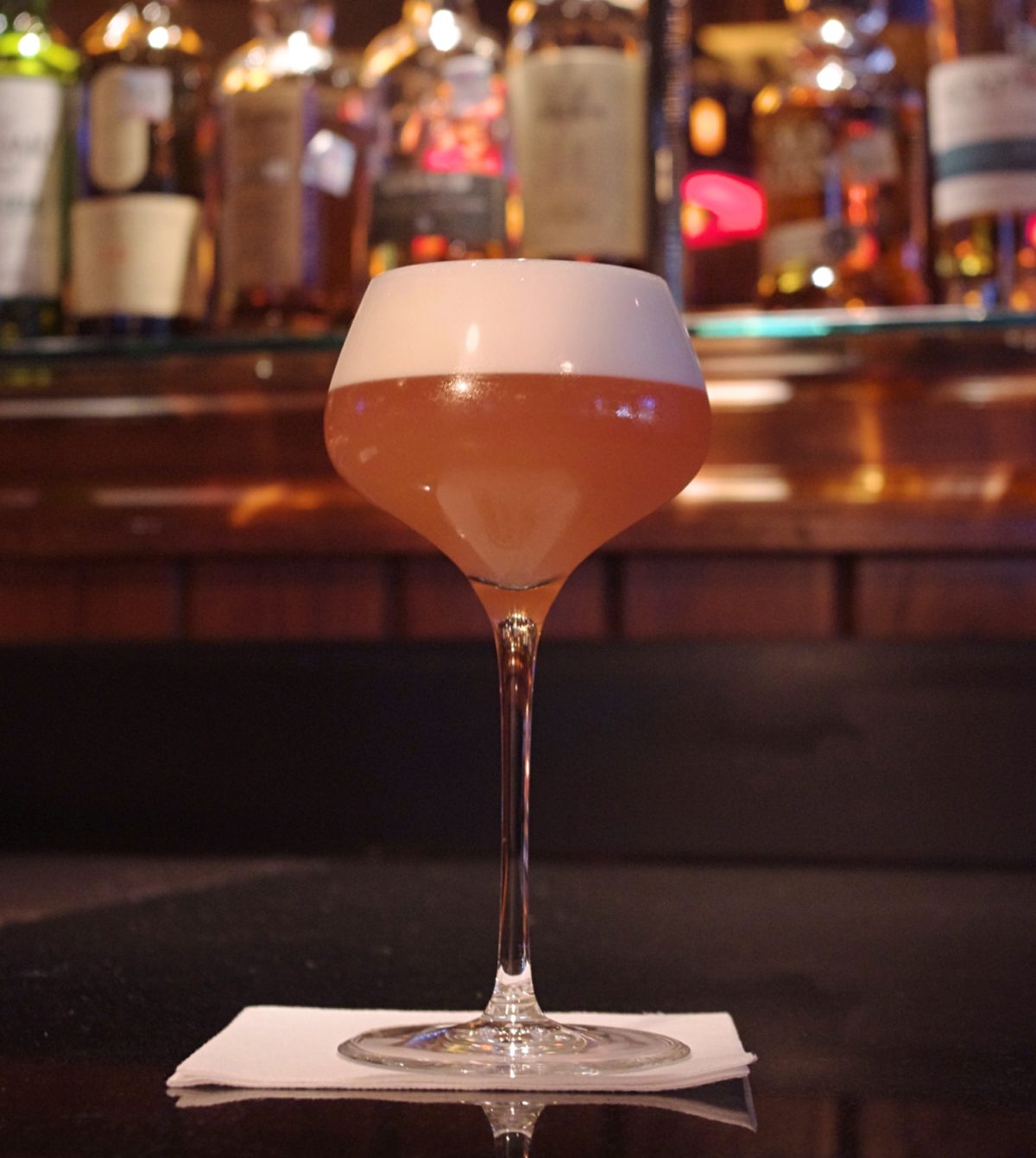 It’s easy to go wrong with an Irish coffee, but Pappas Bros got it right.  The whipped cream was the perfect texture and the coffee was rich. 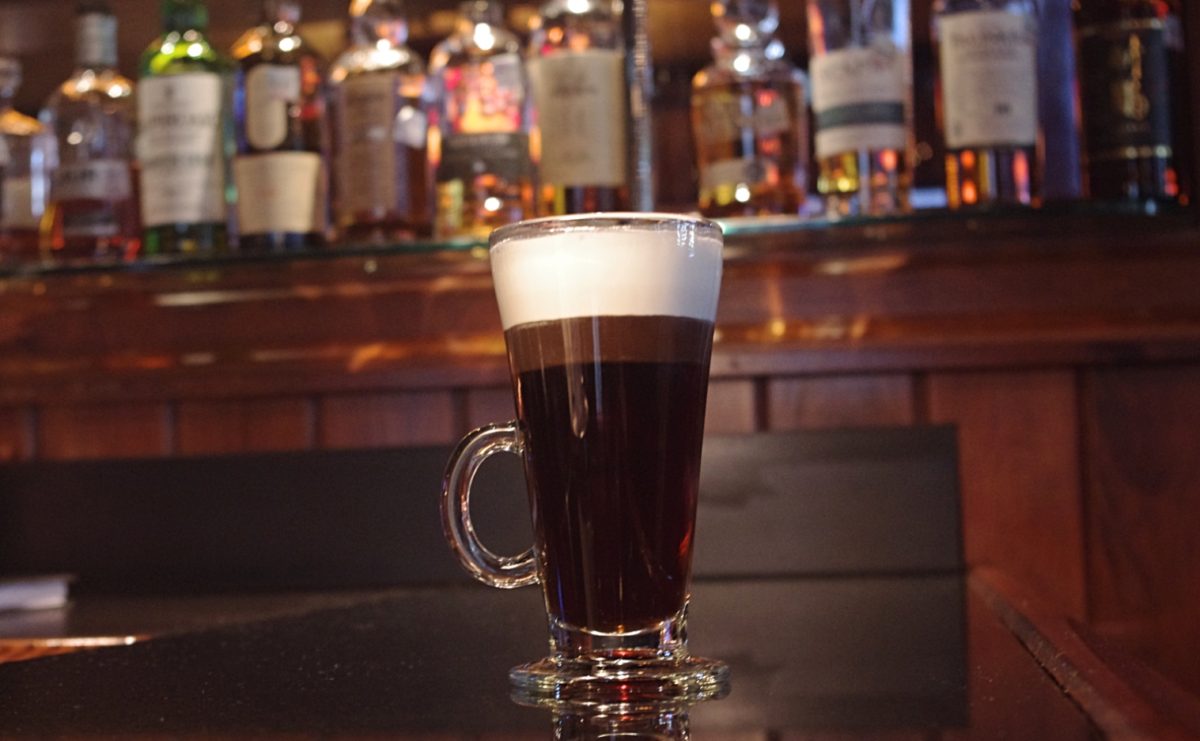 In addition to these four seasonal cocktails, Pappas Bros. has a full menu of classic cocktails with a twist and bartenders that can whip up whatever you fancy.  And, as always, they have a generous whiskey selection along with other high-end spirits. 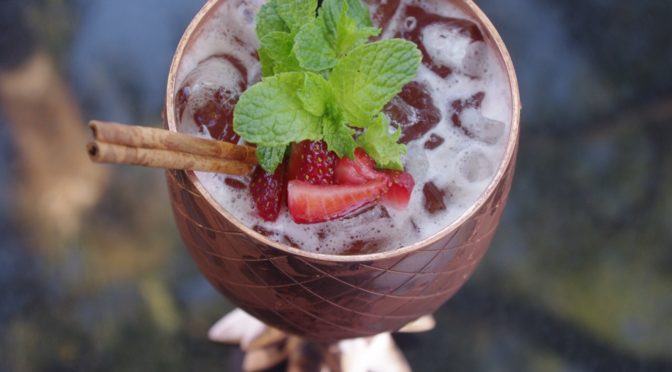 Being from Arlington, my family ventured over to Fort Worth often.  But visiting Dallas was a trek.  It felt like we packed a lunch and asked our neighbor to feed the dog when we came over here.  One of the first meals I recall having in Dallas was a perfectly cooked steak at Pappas Bros. with a side of their famous scalloped potatoes.  While I felt quite pretentious telling people my favorite restaurant was Pappas Bros., I’ve never been much of a liar.

For this reason, when I heard that they were releasing their new seasonal cocktail menu, I jumped at the chance to meet a buddy for dinner and try all of the new offerings.  And kids … they’re damn good.

COFFEE OLD FASHIONED (Cognac, coffee simple syrup, bitters)
How do you make an Old Fashioned better?  Well … you shouldn’t really f**k with them … but if you do, change as little as possible.  Their coffee simple syrup added just a bit of intrigue to the standard cocktail, which they have always done quite well here. 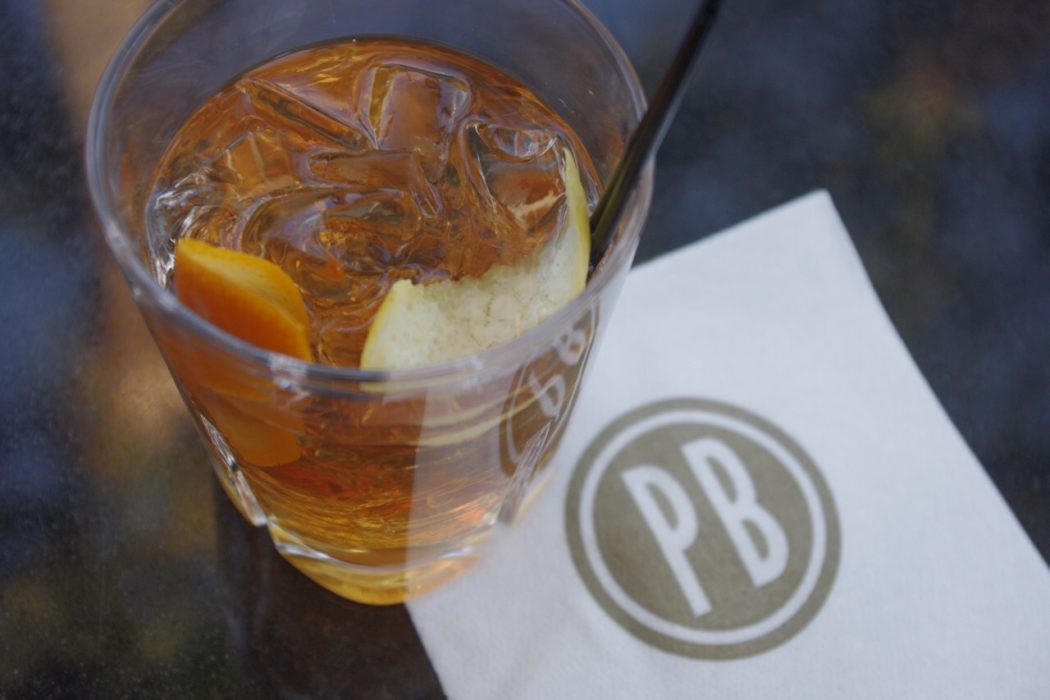 SWEDISH CHAMPAGNE ELIXIR (Absolut Elyx, Grower Champagne, vanilla liqueur, pineapple, lemon, strawberry, Angelica, cinnamon)
Guys … this cocktail is somethin’ else.  If you read my first #DrinkingWithSusie, you’ll know the significance of the badass copper pineapple from Absolut Elyx, but the delicious potion inside is a different story.  It was like dessert in a cup.  I think (read: I know) it’s meant to be shared as it holds about three standard cocktails, but I killed this all on my own.

FINE & DANDELION (reposado tequila, apricot brandy, lime, cinnamon, Burdock Dandelion Soda)
Being one who doesn’t love tequila, I have to admit that this cocktail is quite well done.  The soda itself is incredibly flavorful, lending a touch of ginger spice to the cocktail while the apricot brandy brings in a hint of sweetness. 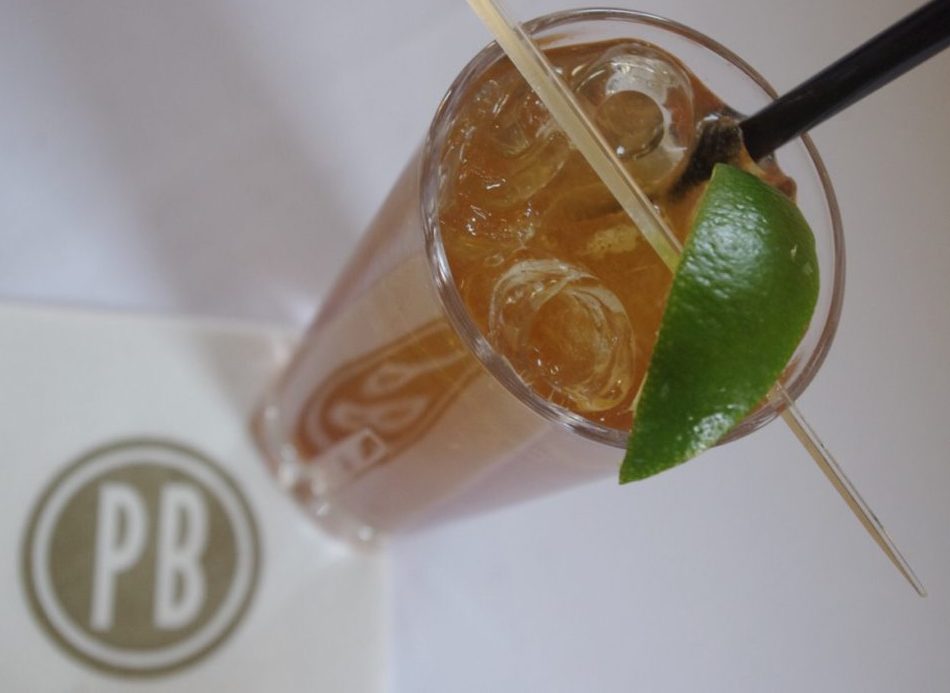 NEW YORK SOUR (bourbon, lemon, cabernet)
I have to say that my favorite thing about a New York Sour is the perfect simplicity of it.  They did this classic drink very well … and it looks sexy as hell. 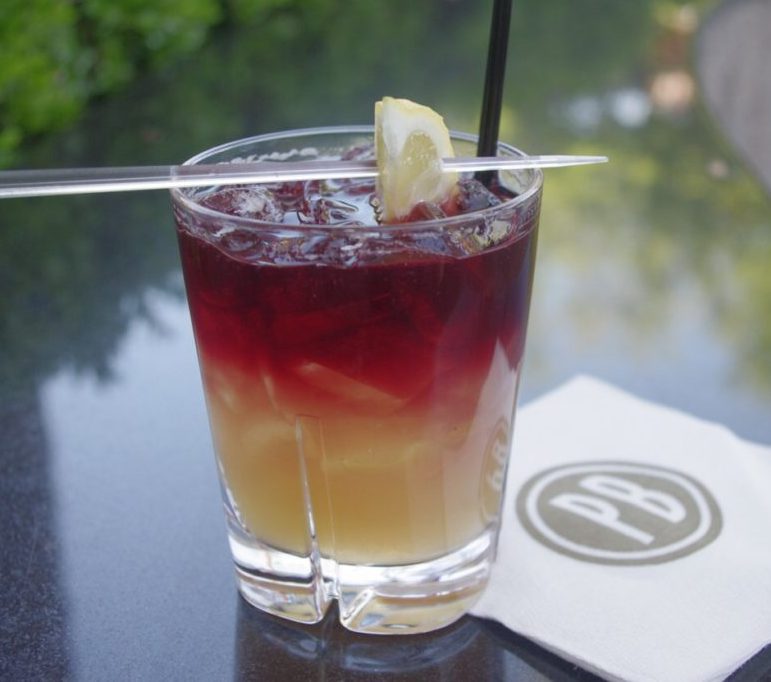 PEAR COBBLER (Manzanilla Sherry, pear, lemon, grapefruit, black pepper)
This slightly remixed cobbler (sherry + fruit) is light and perfect for the warm weather ahead.  The fresh pepper milled on top adds just a bit of spice to make this drink delightfully well balanced.  (Want to try this at home?  Check out the “Cocktail of the Week” feature of it on DallasObserver.com for the recipe.) 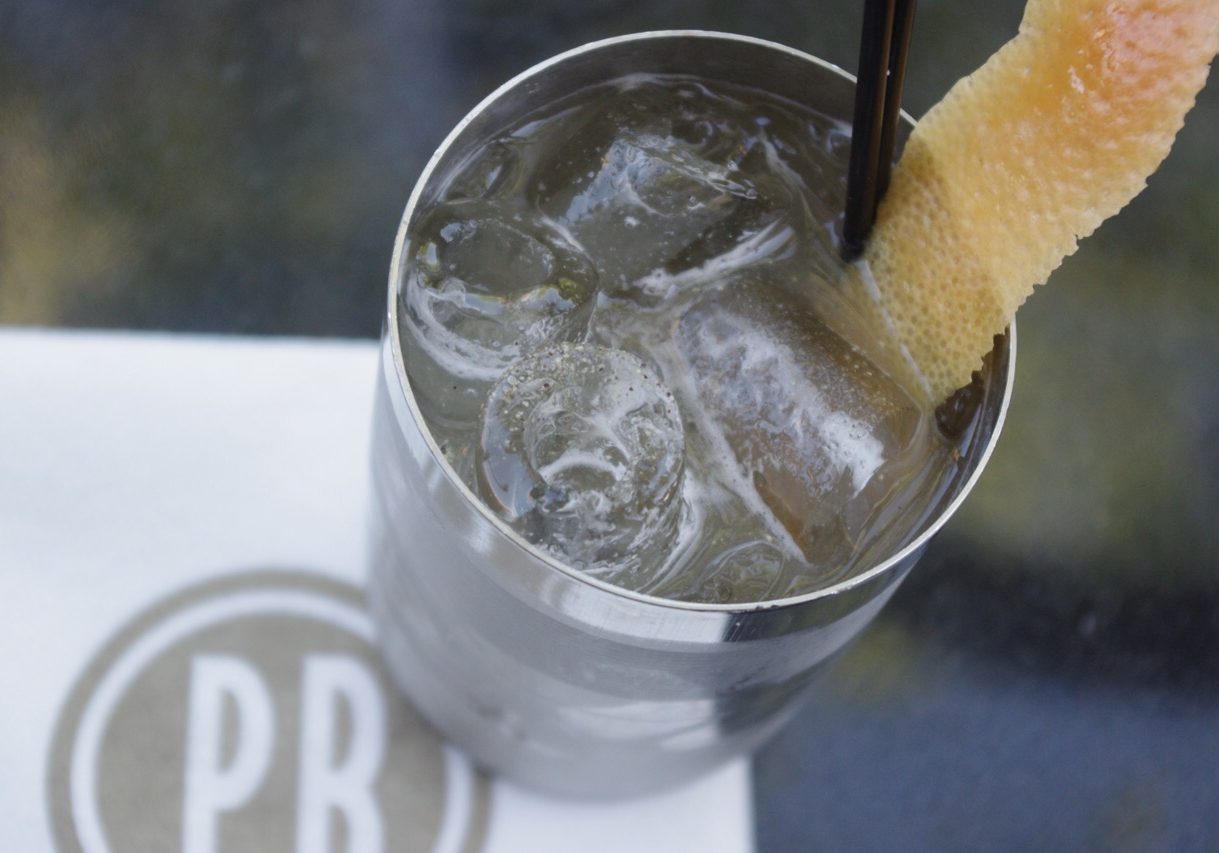 We snacked on some appetizers to get us through all of the cocktails–the Fried Oysters and their Texas Selection of Cheeses.  I always miss the chance to get appetizers (or know better than to order them) as I know I’m going to eat my weight in steak and potatoes shortly.  It’s something I need to remember, though, because both were absolutely incredible.  I think I’ll need to make this an after-work stop for a cocktail and app more often … and you’re all welcome to join me if you don’t hog the sharp cheddar.

🥃 SIP ON THIS ULTRA SMOOTH TEQUILA 🥃 I love