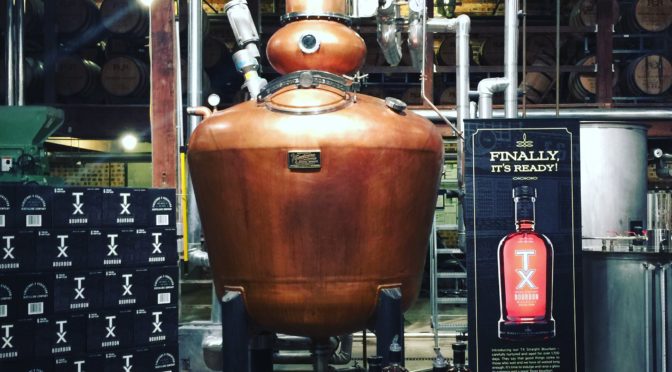 While most people know Firestone and Robertson Distillery (F&R) for their TX Blended Whiskey, their original plan of creating a bourbon is FINALLY hitting store shelves. (Actually, it probably didn’t hit many shelves because of the high demand for the product … and it was sold out within 15 minutes on those shelves!) The first bottles of TX Bourbon were released at the distillery on December 10. People started lining up around 7am the morning of to make sure they were able to get their hands on a bottle. (F&R was only planning on selling to about three hundred bottles, yet they ended up having to cut the line at 750.) Leaving a few hundred people without as well as leaving few bottles for liquor store shelves. I personally know that a Spec’s store in Fort Worth had a line waiting for the shipment. (… leaving those of us with 9 to 5s to revert to signing up for a wait list and hoping for our phones to ring.)

Now to Fort Worth’s newest shinning star–the bourbon. F&R prides itself on using local everything. They use Texas corn, Texas soft red winter wheat, Texas water, and Texas yeast. (The yeast strain they use was cultivated from a pecan tree in Somervell County.) Even the DNA analysis of the yeast took place in Fort Worth inside a TCU lab. (Go frogs.)

F&R is truly cultivating a Texas product. Once the mash is distilled, it goes into charred oak barrels for a minimum of 2 years. (Bourbon must be aged for 2 years by law). The oak barrels are what give the bourbon its color and flavor. The product that comes off the still is essentially moonshine, a clear corn whiskey. As temperatures fluctuate throughout the year, the whiskey interacts with the oak barrels, taking on some of its flavor notes. When hot, the oak barrel’s pores open up and the whiskey permeates into the oak. When cold, the oak barrel’s pores shrink and force the whiskey back into the barrel. This interaction is the key to making great bourbon. Without that interaction, the bourbon would not get the color and flavor from the oak. F&R barreled their first bourbon in March 2012. A long four and a half years later, they bottled that first batch.

I was honored to be one of the first people to sneak a taste of the bourbon. The first smell provides a soft hint of the oak barrel, and the first sip provided a hint of vanilla and a short, smooth finish. (The sweetness is what we’ve come to expect from F&R products, so we’re good with it.) As someone who enjoys bourbon, I was hooked from the first sip. It didn’t have a sting that I get from some other brands.

Now that we’ve gotten the fun out of the way, I’ll clear a little something up that may be lurking in the back of your mind … yes, it can be called “bourbon”. Some think that a spirit has to be made in Kentucky to be called “bourbon”, but not so. “The Federal Standards of Identity for Distilled Spirits (27 C.F.R. 5) state that bourbon made for U.S. consumption must be: produced in the United States, made from a grain mixture that is at least 51% corn, aged in new, charred oak containers, distilled to no more than 160 proof, entered into the barrel for aging at no more than 125 proof, [and] bottled at 80+ proof.” (Thanks Wikipedia!) So there.

For those of you lucky enough to get a bottle of this first release, congratulations (I’m jealous). For everyone else, wait a few months and then you’ll get your turn … it’s truly worth the wait. 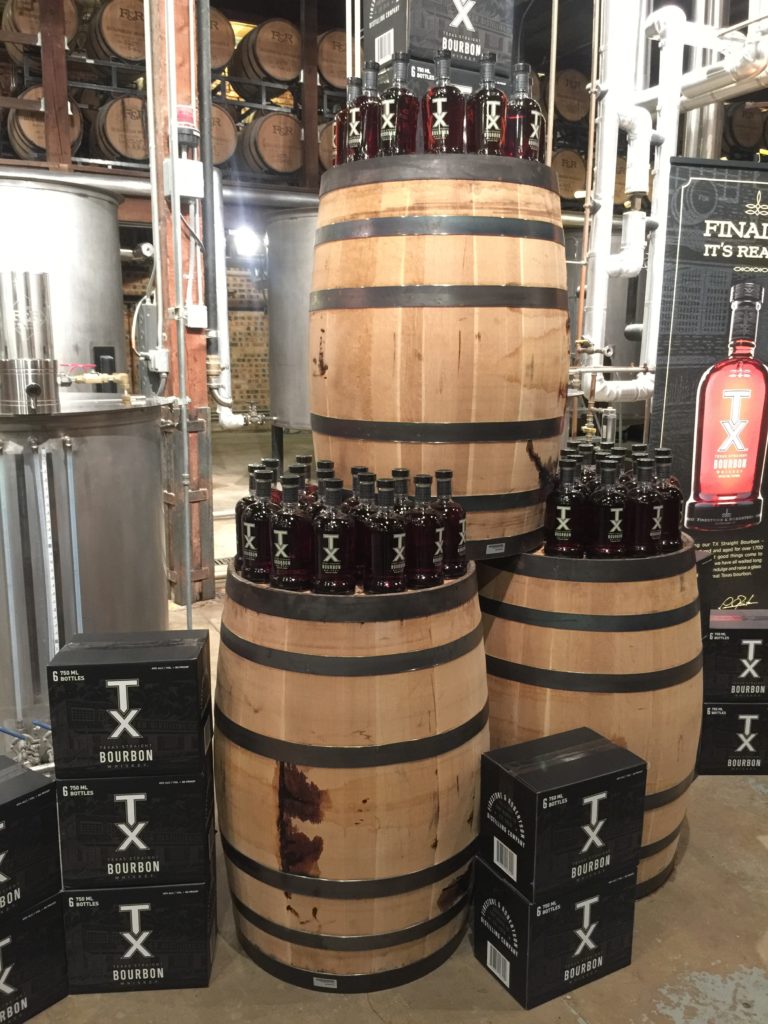