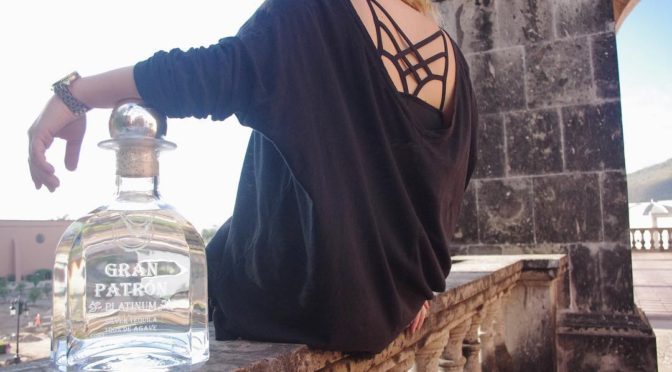 I always feel bad for characters that are misunderstood.  I mean, the Bumble in “Rudolph the Red Nosed Reindeer” wasn’t a bad dude … he just had a toothache.  That said, I thought I knew all about Tequila Patrón … a big company that makes a great product.  I drank it, I mixed cocktails with it, I enjoyed it … I left it at that.  After being invited to see Hacienda Patrón at the end of 2016, I have a much deeper appreciation not only for the tequila, but the craft behind it and the company that makes it.

I was invited by Patrón to take a few days to explore Jalisco and tour the distillery, and I’d be an idiot not to go, right?  Right.  I went (with some shiny, noisy AF) bells on—I was fucking stoked.  After my immersive experience, I learned some remarkable things that took me from a consumer to a loyalist. 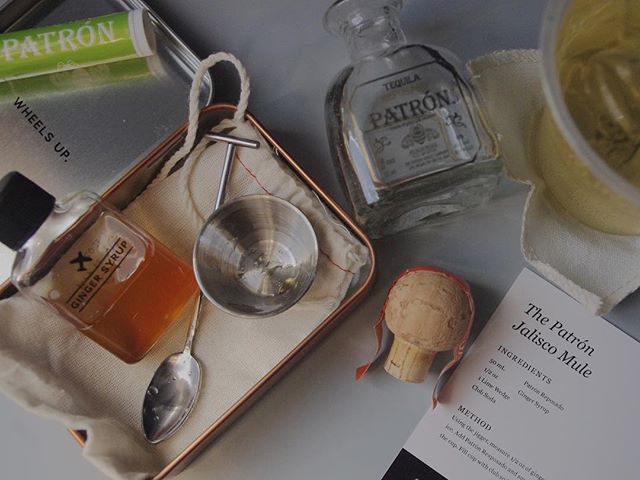 First I’ll say this, Patrón not only produces their own spirits, but they do it expertly.  For those of you claiming that Patrón is “fake” … go suck a piña.  Yes, when the company was founded 1989, they produced their spirits in a facility they didn’t own, but they did so while adhering to their strict standards and following their exacting recipe.  In 2002 they opened The Hacienda and have been producing their own product since.  And yes, the company was started by a beauty product mogul, but he knows enough to have hired people that know the industry.

QUALITY.  To ensure perfection in every bottle, everything is done on-site with one exception.  Every one of their products is distilled with great oversight by the best in the business.  Many distilleries in Jalisco will produce multiple brands under one roof (there are 1700+ brands of “tequila”, but only 140 distilleries), but NOM 1492 only produces Patrón.

CONTROL.  The distiller behind the spirit, Francisco Alcaraz, has been the artisan who has helped the brand maintain the integrity of the product while meeting the ever-growing demand.  He has a really difficult job (I’m only kind of kidding) … he tastes every single batch of product before it’s bottled to ensure consistency and quality.  If he’s out?  It takes four expert tasters to take his place.

They don’t stop there.  Patrón claims that at least 60 hands will touch the product before it leaves The Hacienda.  That’s 60 hands checking every step of the process and ensuring that every step of their painstaking process is followed to the letter–from distillation to packaging. 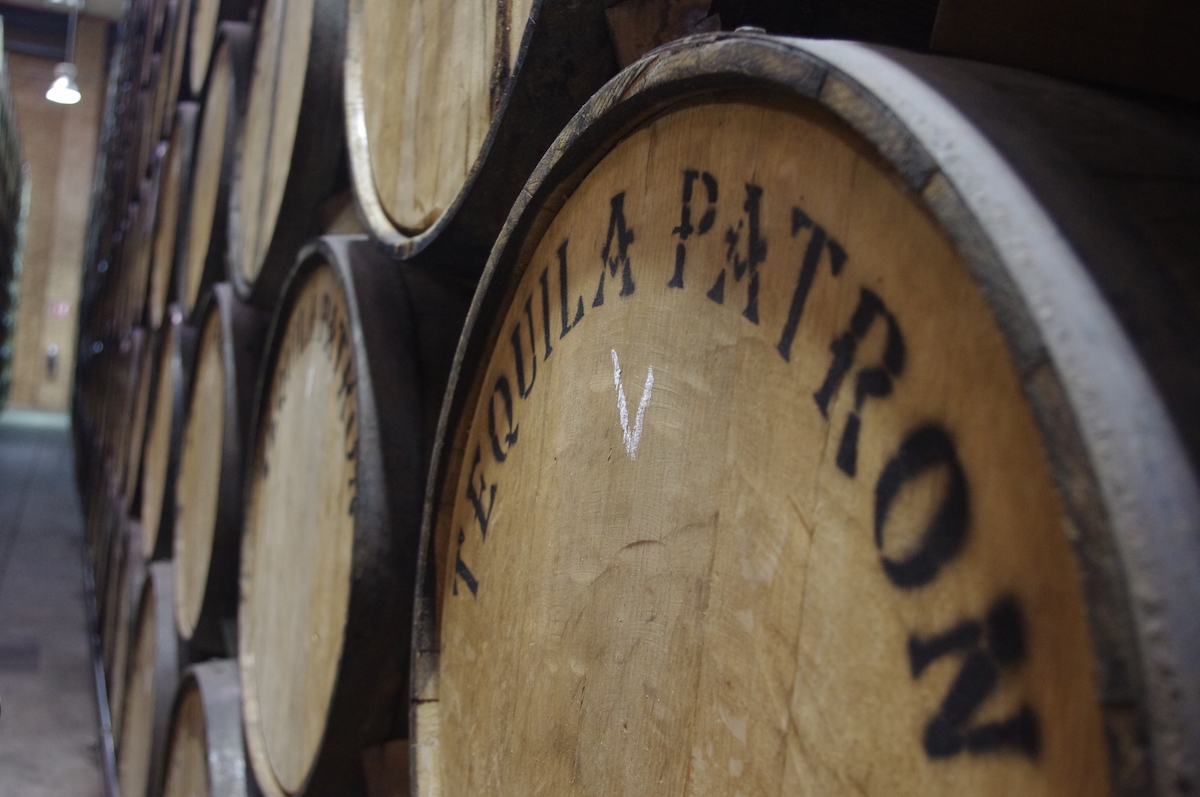 INGREDIENTS.  The only part of the aforementioned process that doesn’t happen on The Hacienda’s property is the growing of the agave itself. Since it takes more than seven years to hit the sweet spot (pun intended) for the maturity of the agave piñas used in distillation, they decided that, instead of trying to own every step, they’d simply ensure they had the very best ingredients possible.  That meant reserving (and paying for) “first dips” on the best Blue Weber Agave from carefully selected fields in the Highlands of Jalisco.  Only the best.  Since Patrón only produces 100% blue weber agave tequilas, they obviously need quite a bit.  (Other brands that don’t call it “mixto”, which only had to be 51% agave)

No flavors, dyes, etc added to any tequilas

PROCESS. After harvesting, the agave is taken to the Hacienda where jimadores remove the leaves the old fashioned way (with a coa) to get to the heart of the agave, the piña.  The piña is then baked in their ovens for 79 hours for the perfect sweetness.  From there, the agave is either taken to a tahona or the roller mill–the tahona is a two-ton volcanic rock that painstakingly crushes the agave to remove the juices.  Patrón’s core line utilizes tahona and roller mill (more modern and efficient) distillates and blends them (55%/45%, respectively) to create the flavor we all know so well. 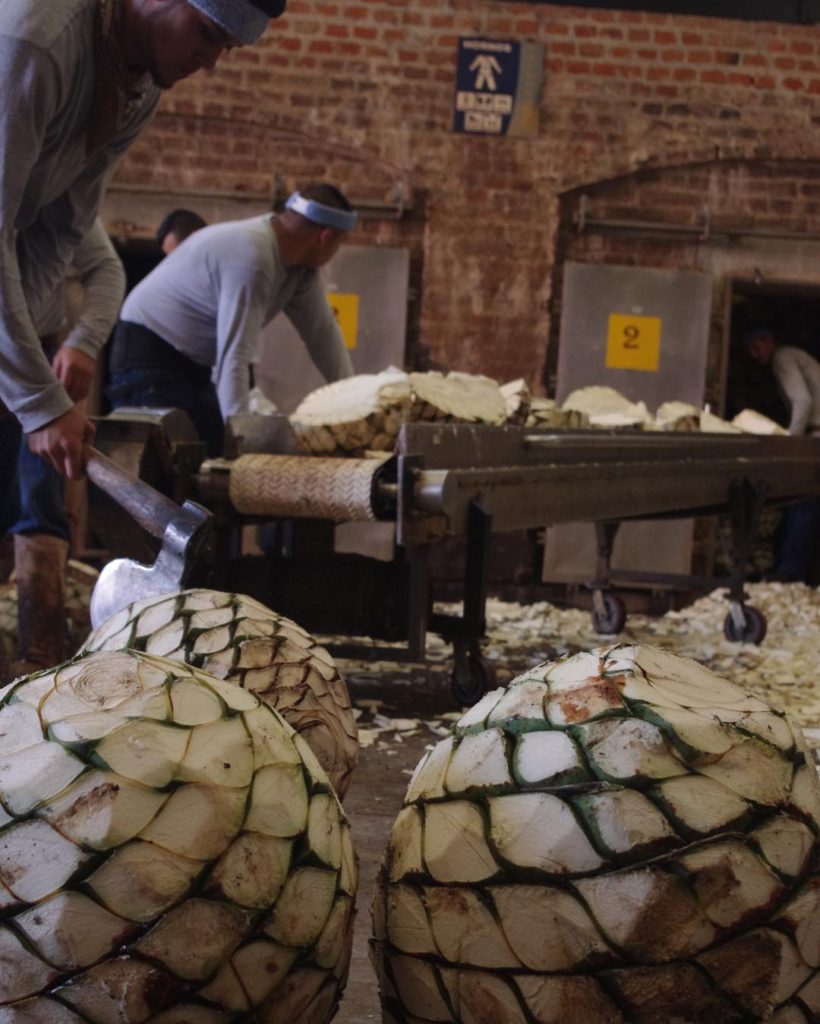 Why the mix?  Agave macerated using the tahona tends to be slightly sweeter since it allows more of the agave’s fibers themselves to lend flavor, giving the spirit more complexity.  (There are only four other tequila distilleries making tequila with a tahona, none of which operate the wheel daily.)  After tasting distillates from each production method, I love the flavors of the tahona-produced tequila. Lucky for me, Patrón’s newer line, Roca Patrón, is 100% tahona-produced. 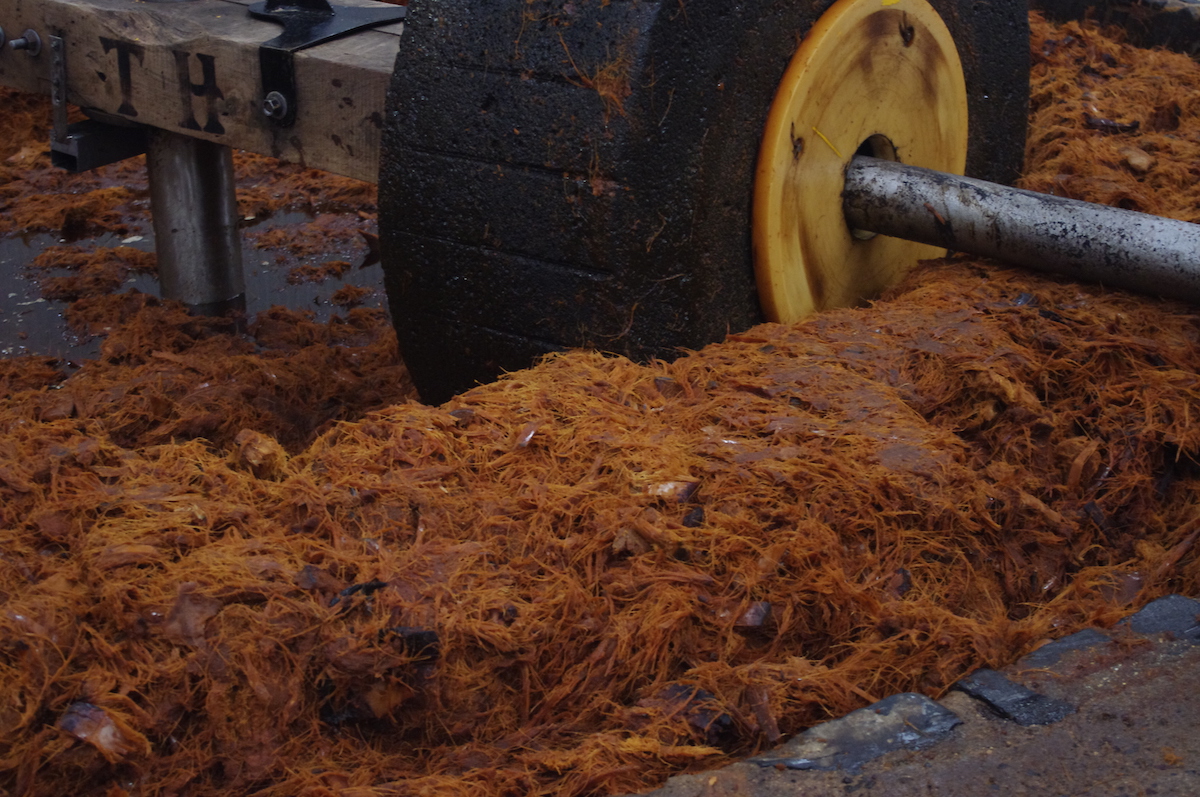 INNOVATION. You may have seen a few new Patrón bottles popping up at your local bars–Roca, Piedra, Bordeos, Sherry Cask, XO, Citrónage, Platinum, Patrón en Lalique, etc.  The beauty of that is that they’re never done exploring new ways to make an incredible product even better.

Stay tuned for more about Patrón in upcoming posts!

🥃🥃 WHAT ARE YOU SIPPING THIS INTERNATIONAL W