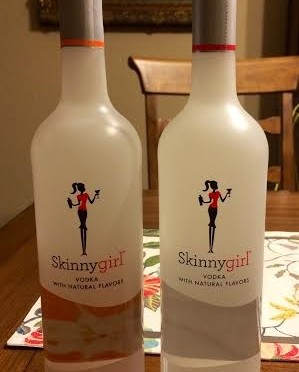 I consider it fate and not merely a coincidence that two bottles of Skinnygirl Vodka appeared on my doorstep on October 3rd, less than 24 short hours away from October 4th, which just so happens to be NATIONAL VODKA DAY.  As if that wasn’t enticement enough, Skinnygirl was kind enough to share some recipes featuring fall flavors (apple!) in order to help us kick off the season with a festive yet (practically) guilt-free libation! Ladies of DF/W (and guys … if you’re into that sort of thing), Halloween is rapidly approaching, and we need all the help we can get before it’s time to squeeze into this year’s “Sexy ____ “  (insert profession, zoo animal, beloved children’s character, etc.) getup.

I prepared two of the “fall flavor” cocktails based on recipes Skinnygirl provided. I will give the disclaimer that each of these recipes can be prepared with either apple juice or apple cider. I was disappointed to learn that my neighborhood grocery store had yet to roll out their apple cider for the season when I went to pick up my non-alcoholic goodies, so I had to go the AJ route*. If you decide to replicate these tasty little treats, I might go for the cider if you have it available. I mean, why wouldn’t you?

First, the unanimous favorite: the Crisp Apple Cooler. This seemingly simple cocktail consisted of Skinnygirl Bare Naked Vodka, apple juice, agave syrup, and a green apple garnish. Easy enough to throw together, right? This cocktail tasted like a delicious candy apple in a glass. The Skinnygirl Bare Naked Vodka was perfectly smooth and blended beautifully with my mixers. We could not discern that this was a low-calorie alternative to classic vodka. In other news, I think this would be uhh-mazing with a caramel rim. Wait, does that defeat the purpose of sipping on low-calorie booze? Let’s consider it a compromise. 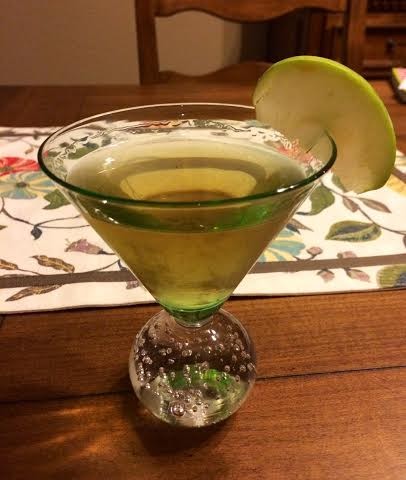 Stir agave syrup with vodka in the base of a shaker until the agave syrup dissolves. Add apple juice and shake thoroughly with ice. Strain into a cocktail glass. Garnish with a green apple slice.

Next, the Fall Festival-tini, consisting of Skinnygirl Tangerine Vodka, apple juice, light rum, and lemon for garnish. The tangerine flavor added some subtle interest to this grown-up apple juice concoction. I might suggest skipping the rum and doubling up on the Skinnygirl Tangerine if you are looking for a citrusy kick; especially if you are going the apple cider route. Heck, you could even get fancy and toss in some cinnamon, or nutmeg, for a festive punch.

Mix ingredients in a shaker, and pour into a chilled martini glass. Garnish with a lemon wedge.

Just for good measure, we also sampled the Skinnygirl Tangerine Vodka on the rocks … you know, in the name of science. We found it to be light and refreshing, without any kind of a fake, “diet” taste. This was a pleasant surprise. With Skinnygirl’s help, I will be slithering into that “Sexy Orphan Annie” costume in no time.

Here are some additional Skinnygirl recipes, for your low-calorie sipping pleasure.

*Samples were provided free of charge. Thanks, Skinnygirl!*