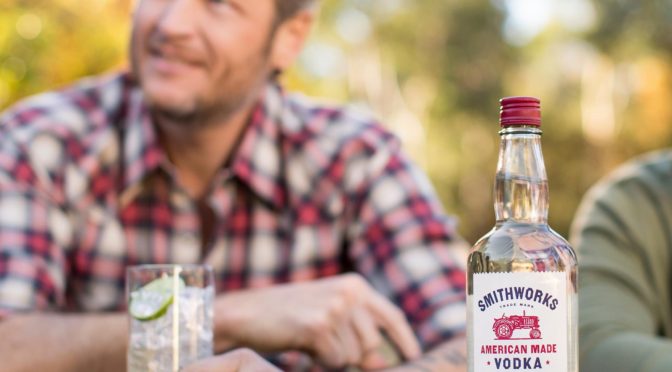 I recently had the privilege of welcoming Smithworks Vodka into the Lone Star State with an amazing Blake Shelton concert at the famous Billy Bob’s Texas!

Smithworks Vodka was launched in early 2016 and I’m happy to say that Smithworks has recently expanded its distribution to Texas. Over the next few months, Smithworks will be available in twenty- four states.

Smithworks is an American-made vodka that is made with corn from Kansas, Missouri, and Oklahoma and water from Lake Fort Smith. Smithworks is distilled three times and charcoal filtered for a smooth taste and clean finish. It’s finished and bottled with pride in Fort Smith, Arkansas, and named after the dedicated team there and their hardworking values are symbolized through the tractor icon. They say, “Born and bred in the traditions and values of America’s Heartland, Smithworks embodies the values of the place in which it comes from – local pride, simplicity and hard work.”

Blake Shelton is part of the Smithworks family. He said that he had been waiting to partner with the right brand and he found his home with Smithworks; Shelton said he shares the same values and mission as Smithworks (Vodka. His favorite way to drink Smithworks is with diet lemon-lime soda garnished with a lime. Simple enough.)

Shelton is quoted as saying, “I grew up in Ada, Oklahoma and was raised on the values of hard work, humility and an appreciation for the simple things that make up a good life. As part of the Smithworks family, I’ve been involved in the development of the brand and I’m excited for everyone to finally taste what we’ve been crafting. At its core, Smithworks celebrates that moments in life are better spent with good people and great drinks.”

For the rich mouthfeel and smooth (lack of) flavor, we were surprised by the low price tag—just under $20. A great price for this smooth, clean vodka.

We’re eagerly awaiting distribution in the great state of Texas … a note from Smithworks: For now, you can find Smithworks Vodka in AR, CO, IA, KS, LA, MI, MO, NE, OH, OK, TN, IL, NC, and PA. If it’s in your neck of the woods, ask your favorite local spot about us—it’s usually the personal touch that gets it done.