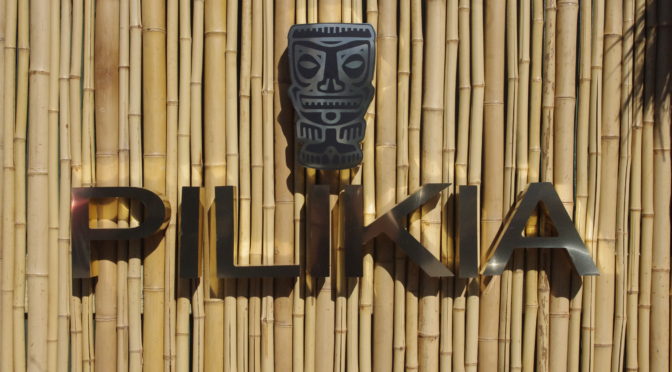 Guys … I’m so f**king excited for Pilikia, Dallas’s first-in-a-long-time full-time tiki bar, to open this Thursday … and for so many reasons.

First, I’ll clarify the intro.  Pilikia will be the “first in a long time” as we had an awesome tiki bar here in Dallas, Trader Vic’s, in what is now The Highland Hotel, that closed in 2010.  RIP.  Also, it will be a “full-time” tiki bar because our friends at Rapscallion are currently spoiling us every week with their mind-numbing (in a good way) Tiki Tuesday drinks thanks to bar badass Ravinder Singh. 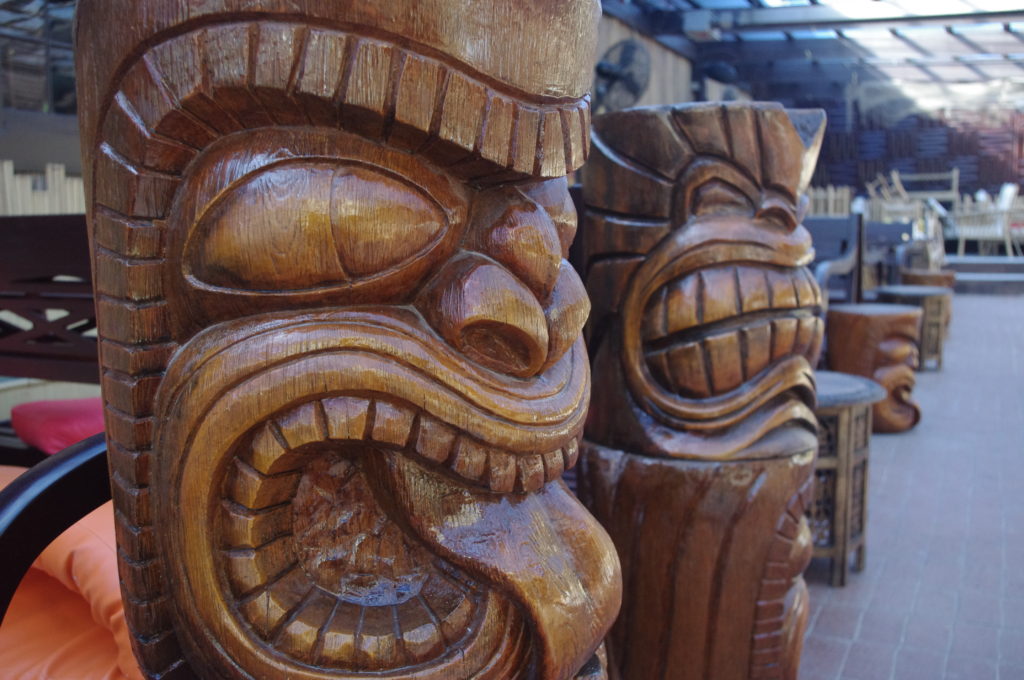 Thanks to the dudes behind The Tipsy Alchemist, brand new ILL Minster Pub, and Deep Ellum club Truth & Alibi and their partner in the deal, Patrick Tetrick (owner of Three Sheets), we’ll be getting another outrageous concept that will have the Uptown crowd flocking.  (Ok … I’m going to be flocking, too, as is my mom, your boss, and just about everyone else in town that remembers Trader Vic’s or gives any sort of a shit about tiki bars.)  The team has created some winning concepts, and we’re hoping this will be another to add to their list of successes.

So what can we expect?  Kitsch, and plenty of it.  (Are you excited yet?)  The team was inspired mostly by the Beardon brothers’ favorite outrageous London tiki spot, Mahiki (which happens to be where I spent my 21st birthday), but are making a space all their own. 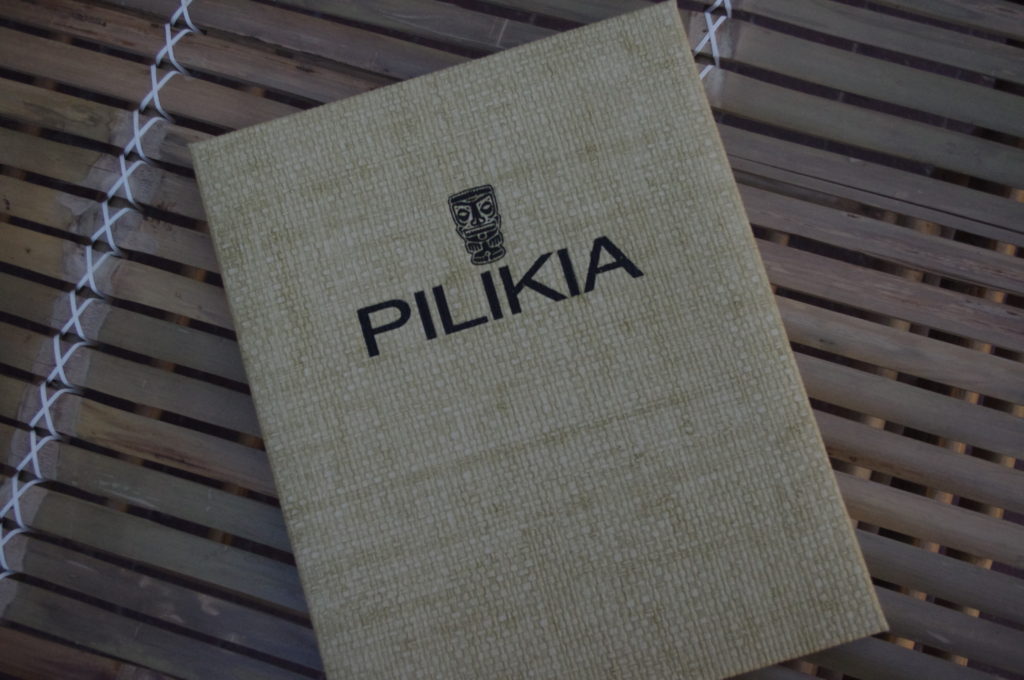 They took over the former Three Sheets space that closed to make way for this Polynesian heaven. Some renovations were made including a wall of golden skulls backlit by LED lights that will eerily change progressively, an additional outdoor bar, and a larger fireplace and a small stage for live music on the patio.  The furniture is a mix of loungy bamboo chairs, some really incredible wooden pieces brought over from Bali, and hammock chairs that will rock you to sleep after a sip too many from one of their potent potables.  And don’t worry, they’ll still have plenty of TVs out there. 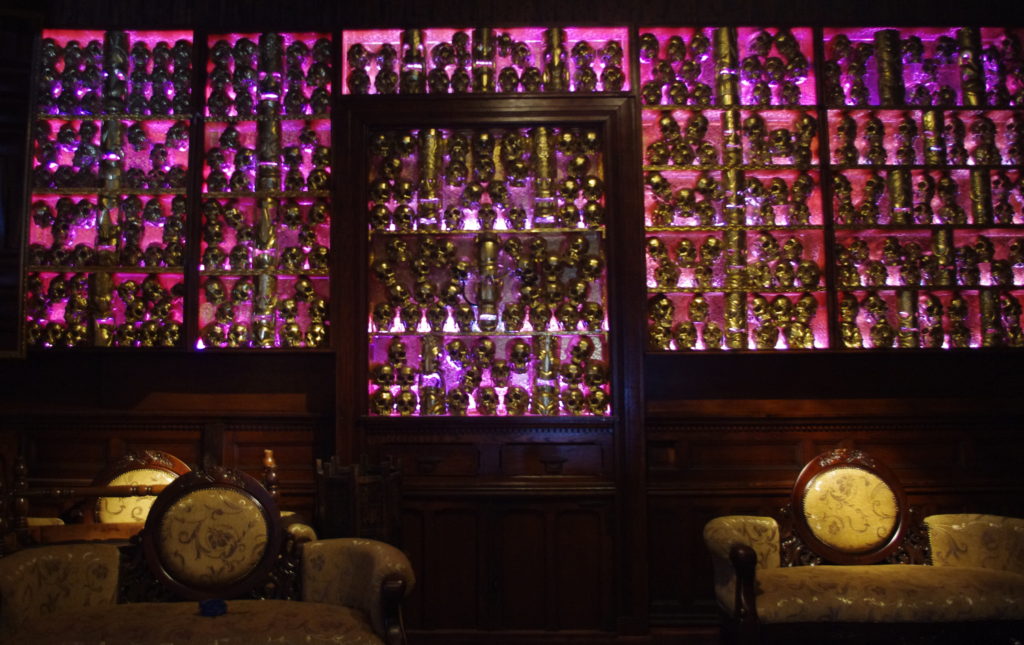 On that note … let’s talk tiki.  Their not-too-overwhelming menu (which is unique at a joint like this) will offer 6-7 traditional tiki drinks including the Trader Vic’s Mai Tai and some other goodies like Painkillers, Zombies, and the like.  (They have such fun names, no?)  Not to be tired, they’ve also come up with some tiki concoctions of their own and will also be serving LARRRRGE format punches in smoking treasure chests and scorpion bowls with a heft price tag of up to $2,000.  Not.fucking.kidding.

Not into the tiki thing?  They have something for you … a door to walk out of.  Kidding.  Pilikia will have a full bar and bottle service for the less inclined.  And even better, they’ll serve food from a menu that Rodman Shields (Common Table) put together for them.  Having a few bites of chicken skewer means you can drink more … right?

So, some other important details and things to look forward to:

Tiki is “so hot right now”, so it’s fitting that Dallas is jumping on the super kitschy bandwagon, and with a drink in-hand.  Stop in for their soft opening on Thursday, January 26 starting at 8pm to see what all the fuss is about.  Grand opening details are coming soon.

Let’s get into some trouble, shall we?