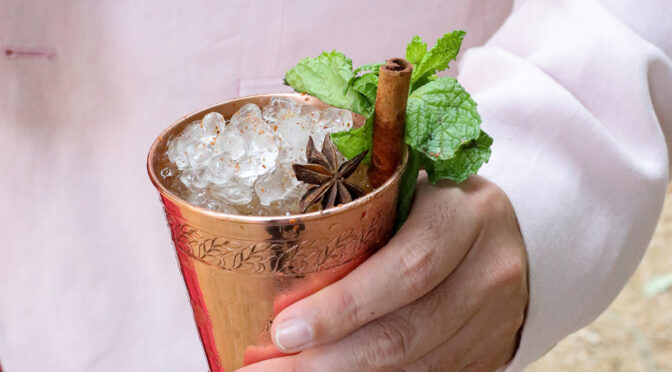 We were all sad when Kentucky’s most well known horse race was rescheduled to September. And now we’re even more bummed that it was announced that it’ll be run with no spectators. (Though it’s understandable, given the circumstances … it still sucks!)

Luckily, my friends over at Maker’s Mark whisky want to give you some fall-inspired juleps to sip so you can still celebrate the fastest  two minutes in Sports in true southern style (with a julep in-hand) … and they brought me in to help you do it!

They sent me (and some of my other blogger buddies), a box with some horse race goodies and the following items: cinnamon, star anise, and a handful of syrups (mint, cran, vanilla , hazelnut, and noisette.) We were asked to pick at least two of those items to use in our juleps, and I went with THREE—vanilla syrup, cinnamon, and star anise. 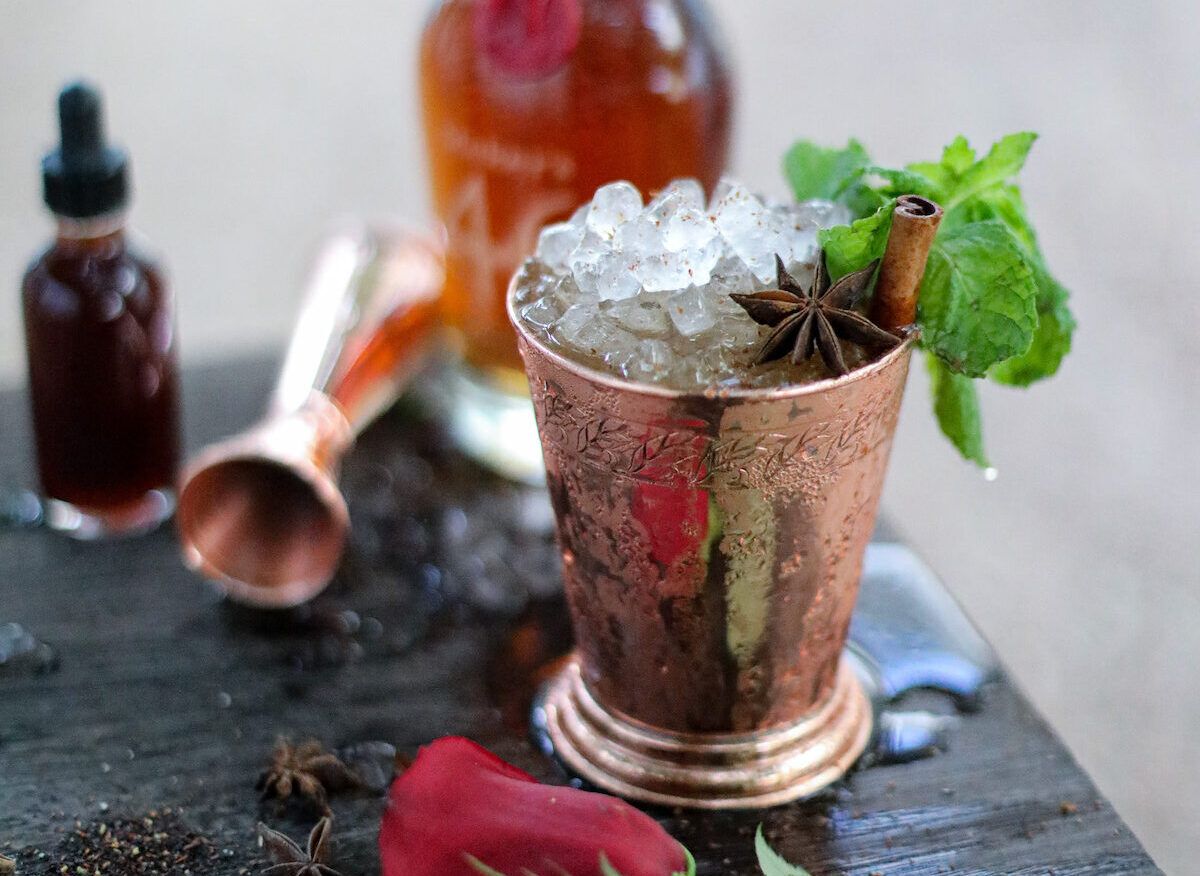 Juleps are such simple cocktails (bourbon, sugar, water, and mint), so I wanted to keep it simple. So, I added some chai to the vanilla syrup (recipe to make your own below). I named it “Chai Chai Again” because I thought that was a name that could actually be given to a horse running the race. (I will honestly say that I partially bet on horses with great names.)

I will be making this cocktail often … it’s quite easy once you make the vanilla chai syrup (also easy to make)! Upon first sip, I was delighted and really wished it was starting to get chilly out. The chai lent some spice and the Maker’s Mark 46 complimented it perfectly thanks to the extra nine weeks they let it rest in a limestone cave with French oak staves added.

Combine whisky and syrup in a julep cup, stir, then top with pellet ice. garnish with mint leaves and sprinkle with a touch of ground cinnamon. Garnish with a cinnamon stick, fresh (slapped) mint, and a star anise.

In a pot, boil water, then remove from heat and add tea bags. Allow to steep for 12 minutes, then remove bags and stir in maple syrup and vanilla. Put back on heat and bring to a boil again for 3 minutes. Allow to cool and store in the refrigerator for up to two weeks.

Some of my lovely neighbors, Victoria and Stuart, had planned to attend this year and were ready to be dressed to the nines with matching outfits, hats, etc. … and even had some custom masks made so they’d look fancy AF in the stands. I was sad that they were going to miss it, so I invited them out to show off their duds and drink some of my vanilla chai juleps with me during this shoot! Don’t they look great?!

Big thanks to @makersmark for letting me play along on this sponsored campaign! #ad