I have visited the Dallas Galleria more than few times (women be shopping’, yo), and I’m kind of mad at myself that all along, I have been missing out on the greatness that is The Second Floor by Scott Gottlich.

Aptly named, this sleek, contemporary spot is nestled away on the second floor of the Westin Galleria, and just paces away from the interior mall entrance. I had a chance to belly up to the bar to check out The Second Floor’s liquid offerings. Let me tell you, they’ve got a lot going on here, folks. This is not your average hotel bar. It may be attached to the Westin, but the sippable menu at The Second Floor easily competes with offerings you would expect to find at some of the best watering holes in Dallas. If you haven’t discovered this spot yet, it could be a game changer.  Ladies, is that shopping trip you dragged your guy on taking just a liiiitttle bit longer than originally advertised? Sit him down at the bar, and you’re solid for at least another hour. Better yet, are the odds ne’er in your favor when swim suit shopping? Screw swimsuits … they have cocktails.

When I say they do things differently here, I’m not kidding; I was impressed to learn that The Second Floor actually makes their own hand-crafted aromatic tonic, infused with orange bitters and burnt cinnamon. The Second Floor’s creative and thoughtful cocktail menu offers seasonal features in addition to old standbys; one fan favorite is the Cucumber Sip (Organic cucumber vodka, elderflower, strawberry, & soda, $12),  which I’m told is The Second Floor’s most popular drink.  I had the opportunity to sample the House Sangria ($8), which was chock-full of boozy berries that I’m told spent a good amount of time hanging out in a cognac-lemon-elderflower concoction prior to taking a dip in my glass. (Is it rude to ask for a fork to get these leftovers from the bottom of my glass?) The sangria was rich and bursting with fruity goodness, and ultimately waaayyyy too easy to drink.

A few new inventions that are featured on The Second Floor’s spring cocktail menu include:

Perhaps the thing I was most impressed with overall about The Second Floor’s fleet of beverages is their extensive whiskey menu. With more than 70 American whiskey offerings in total, and an equally impressive Scotch list, the menu runs the gamut from old standards to Texas labels to far more exotic options. (18-year Japanese whiskey, anyone? ) Intriguingly, The Second Floor offers a very nice variety of whiskey tasting flights. Oh, yes. Flights start at just $12, but if you’re feeling saucy, go for “The Big Spender”–this flight features three whiskeys each aged 21 years or better (Hello, 25-year Macallan), and it can be yours for a mere $100.

Additionally, The Second Floor boasts a comprehensive wine list with more than 80 offerings by the bottle, 20 of them by the glass. If you are a beer drinker, they’ve got you covered, featuring 12 premiums, 12 Texas craft brews, and 5 domestic options.  Pro-tip: With any food or beverage purchase, The Second Floor will validate your Westin Galleria parking, which is kind of awesome. Must remember this come holiday shopping. 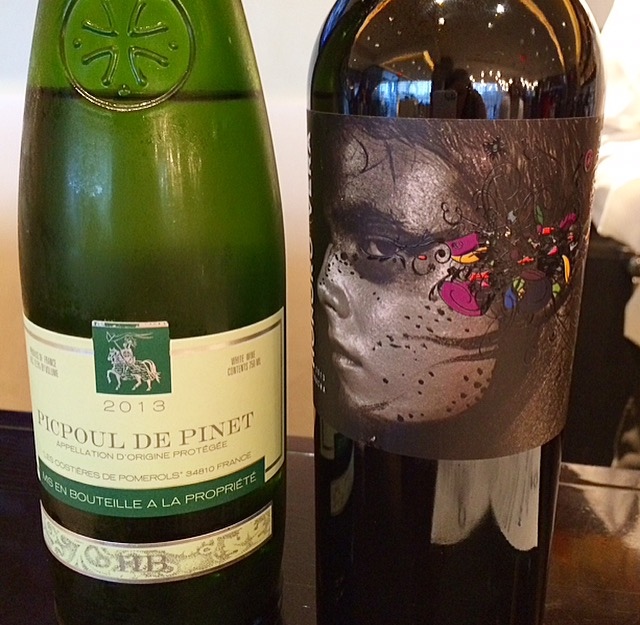 Stay tuned for another post soon about their new menu offerings for Summer 2015!
The Second Floor offers up some mighty fine happy hour specials.