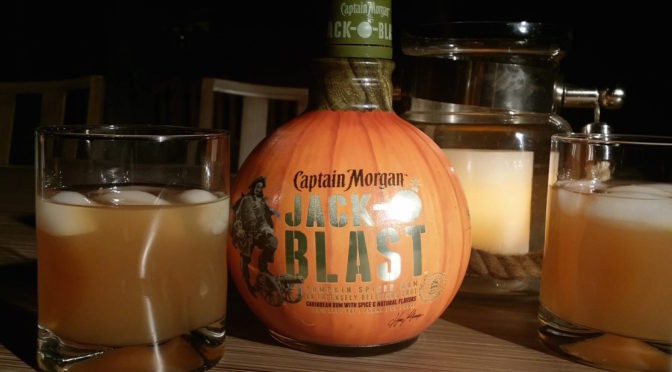 “There are no basic drinks, just basic people.”

It’s hard to believe there was a time when pumpkin spice wasn’t a meme, but an actual source of excitement. I think my first taste of getting genuinely geeked out about the flavor was when pumpkin cheesecake showed up at a Thanksgiving dinner when I was a kid. The questions were instant–“Who put these tastes together? Why is cinnamon/pumpkin/spice so freaking good? How do I get more? Is there still going to be a pumpkin pie?”

The rarity was a huge part of the appeal, and as pumpkin-everything creeped into our lives, the rush was gone. I think my breaking point was bringing home pumpkin spiced goat cheese from a New England supermarket and my daughter asking why it existed. “Because they know I’ll buy it, you smart-mouthed kid.” I vowed that 2016 would be a year of pumpkin spiced moderation. I got one beer on draft early and nodded in approval. I have had one pumpkin-spiced coffee this year. (I did eat a tub of pumpkin cookie butter from Trader Joe’s, but I’m only human.)

That’s why I had to chuckle when I was asked to review Captain Morgan Jack-O’Blast – it was like the Captain himself heard about my Halloween Humbugness and decided to intervene. The pumpkin spiced shot comes in a round bottle making its best effort at looking like a pumpkin, and it makes a perfect centerpiece for any Halloween party bar … if you’re into that sort of decor. It’s the first pumpkin spiced rum on the market and is designed to be everything from a chilled shot to an ingredient in a few fall cocktail recipes.

I’ll be honest, I braced myself to taste something closer to egg nog with a heavy pumpkin flavor before pouring it out (full disclosure – my first sip was out of the container because it felt cool in the moment) and was surprised to get a decent amount of cinnamon and spice along with the pumpkin. It was lighter than I expected, which made it easier to mix into drinks.

The crowd favorite was what the good folks at Captain Morgan call the Apple Jack-O (recipe below). We dubbed it the Jack-O’Blast n’ Cider. (Say it quickly … a few times. Get it now?) Either way, the reviews were positive and my wife said that this should be flasked and kept on-hand for all fall/holiday activities that involve walking around outside. I tried a splash in coffee and, while it wasn’t bad, decided this was best for cold drinks. (And that’s probably why there is a huge “best served chilled” suggestion all over it.)

All in all, if you’re a pumpkin person, you can get a lot of mileage out of this product. If you’ve hit your limit on all things pumpkin, skip the shot and make the cider cocktail or try making a spiced version of a dark and stormy or something similar.

They sent along a few other suggestions, including:

Combine Jack-O’Blast and orange juice in a glass filled with ice and stir. Top with club soda.

Drop shot of Captain Morgan Jack-O’Blast in a glass of lager beer.

Shake ingredients over ice and strain into a shot glass.

Combine all ingredients in a glass filled with ice, stir and garnish with a lemon wedge.

You can find Jack-O’Blast at most liquor stores.