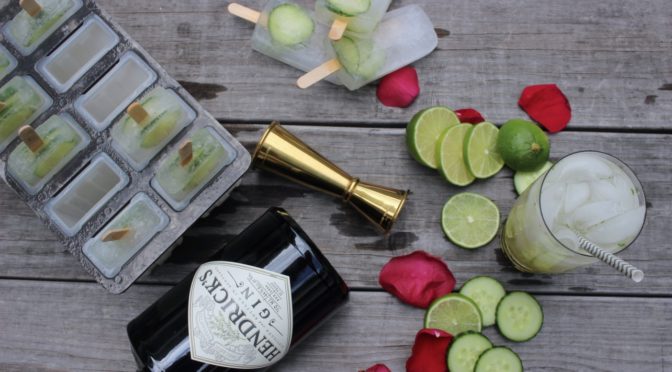 World Cucumber Day is June 14! Of course, I’m going to celebrate by putting cucumber in something boozy. And, as of late, frozen. (Because, Texas.)

I chose to work with Hendrick’s Gin for these recipes because the spirit already has a delightful cucumber note. (After macerating and distilling most of the botanicals with the alcohol, rose and cucumber essences are added.) And they get a kick out of cucumbers. They even have a cucumber blimp.

I wanted to try something a little different to add a peppery note to a Cucumber Collins (which is delicious, but not complex enough), so I added a little watercress. Watercress is incredibly inexpensive and also makes for a fun garnish.

Muddle lime, syrup, cucumbers, and about 10 watercress leaves in a cocktail tin. Add the gin and ice, then shake until well chilled. Strain into a Collins glass over fresh ice, then top with club soda. Garnish with a small bunch of watercress leaves.

Special thanks to Feo Forte from Rapscallion for the help workshopping this cocktail! 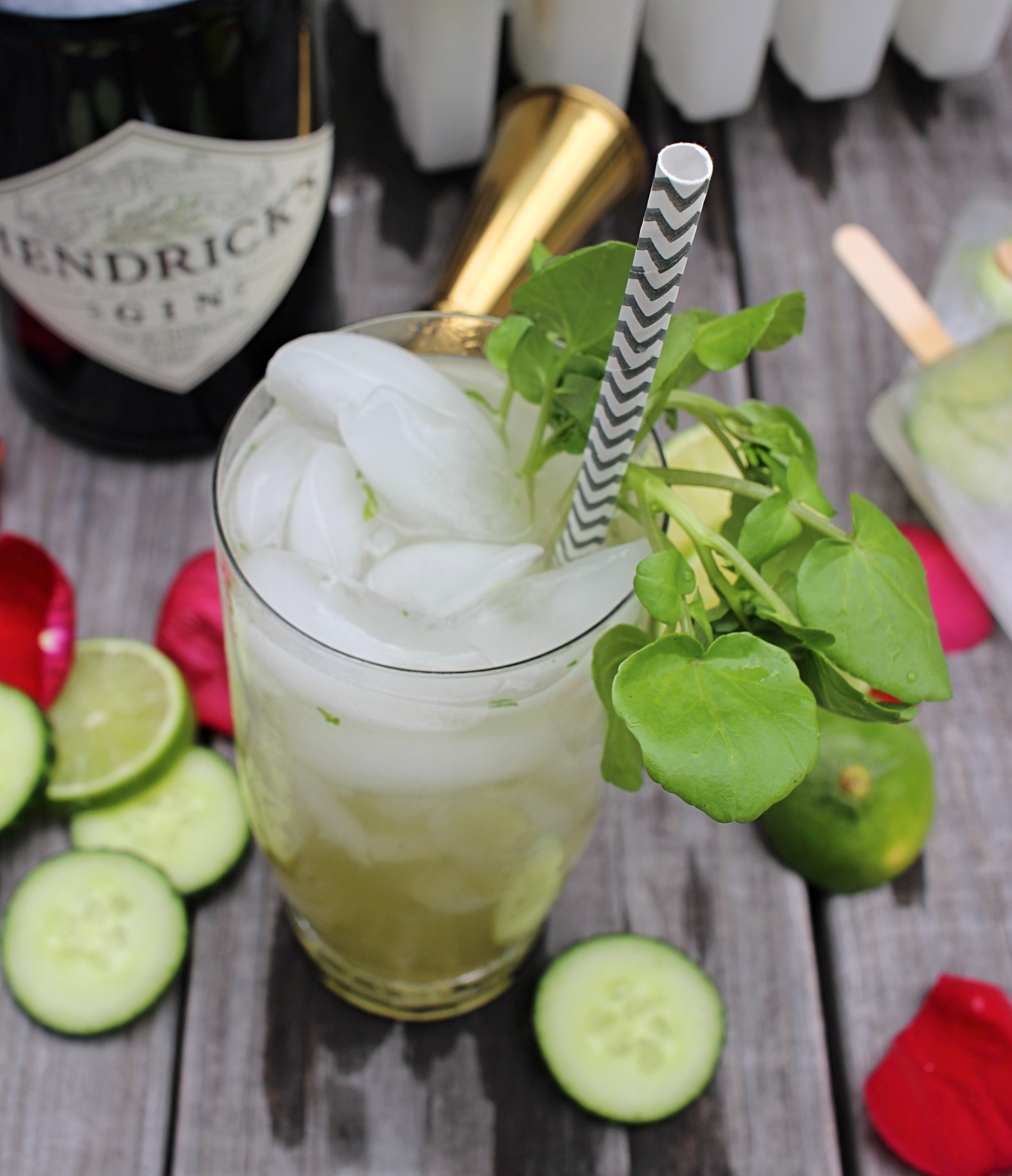 As you may have noticed lately, I’ve been a little obsessed with alcoholic popsicles. I’ve gotten a little bit of a wild hair to add a kick to things that aren’t meant to be boozy. Go ahead … call me an anarchist.

Combine liquid ingredients and stir. Place a few slices of cucumber in each popsicle mold, then pour liquid over. Add sticks, then freeze overnight or for at least eight hours.

Not in the mood to make your own drinks? Stop into your favorite drinking establishment this evening and see if they’re offering a special cucumber drink to celebrate the day.

DALLASITES: There are quite a few local establishments that will be offering special Hendrick’s options to celebrate. Maybe I’ll see you there! (Visit District 30, Rapscallion, Dish, The Fairmount, Public School 214, The Standard Pour, Dragonfly at Hotel Zaza, Parliament, Bowen House, The Mitchell, Stock & Barrel, Boulevardier, and The Londoner locations in Colleyville and Addison for features and/or specials tonight!)

Hendrick’s Gin recently embarked upon a real journey to find a botanical element that they could add to their traditional Hendrick’s Gin that would bring out its flavors and take the tried and true spirit to a new level. Lesley Gracie (Master Distiller), David Piper (Global Brand Ambassador), Charles Brewer-Carias (an old school explorer), Francisco Delascio (botanist), and a local Indian chief and guides ventured to Venezuela’s jungle to the Kanaracuni River to find the elusive flavor (to set up the  Guyana’s first cocktail bar).

Each day, the team took a different direction from base camp to search and brought back samples of the plants they found. Each evening, Lesley distilled the plants using the small copper still they took along. The adventurers found an element that played perfectly with Hendrick’s flavor notes on the seventh day of searching, the Scorpion Tail, a plant native to the Venezuelan jungle. They were able to transport 8 liters of the Scorpion Tail distillate back to Scotland (though customs was understandably a bitch) to create 350 liters of Hendrick’s Kanaracuni. Since only 350 liters were made, it won’t be available for sale. The entire journey was purely for the art of making an exquisite spirit.

Local bartenders were invited to the Dallas Zoo’s Flamingo Room to taste the Hendrick’s Kanaracuni and test some recipes. We started with a toasted cinnamon and pineapple cocktail and appetizers, some dried and seasoned crickets and mealworms (I kid you not). The group was treated to a video about the trip and then were given the chance to try the spirit. It has the usual herbal flavor of Hendrick’s with a certain bite that mellows into a spicy heat thanks to the Scorpion Tail.

The night wore on an delicious bites and a traditional martini was served which featured the Hendrick’s Kanaracuni (omg it was amazing). We met some animals native to the area they explored and were even treated to a blow dart competition where we were able to shoot the Global Brand Ambassador with paint balls. I, unfortunately, was a little too good at it and hit him square on the protective eyewear he was wearing. (Half and inch lower and I’d have been taken off the Hendrick’s media list!!!)

I personally am delighted to see a liquor company out there pursuing the art of distilling instead of the money behind it. I’d like to see more distillers follow suit!

Check out more about the Hendrick’s Perilous Botanical Quest at www.hendricksgin.com/perilousbotanicalquest.

🥃🍋 CURL UP WITH A TODDY & LISTEN TO THE TREE

SOMETIMES YOU JUST NEED TO LOOK AT A SEXY PICTURE

❄️ DRINK LIKE A SWEDE ❄️ Today was another